UPDATED! How Does The New Tax Bill Affect Homeowners? 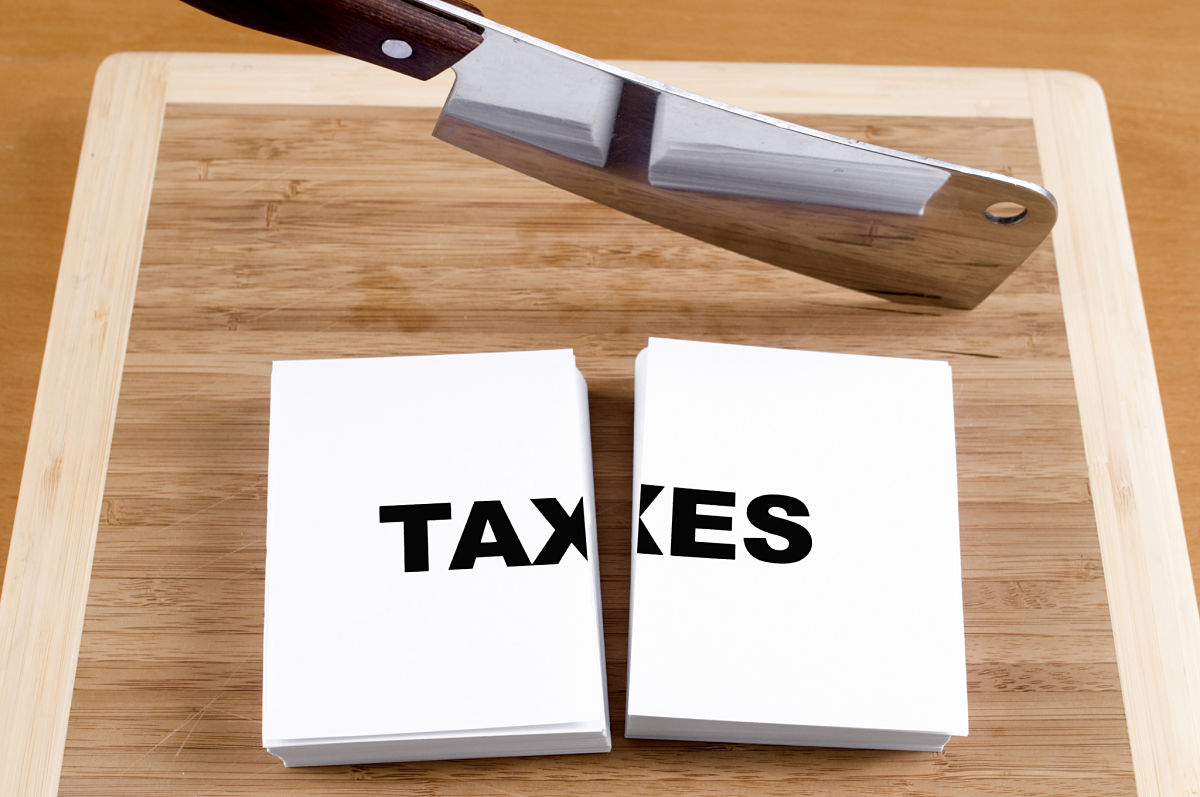 For years, the real-estate industry has strongly benefitted from generous tax deductions. These deductions raised home values by making it cost-affordable for people to own properties and become home owners.

The current tax code also allowed them to shoulder their local taxes across the board. However, with the Republican's new tax bill underway in Congress - the real estate industry is deeply worried that the fallout will harm the real estate market by making home ownership less valuable.

Updated! The Tax Bill Has Passed

Scroll down to the bottom of the post to see what the effects of  final versions of the tax bill (currently waiting on the Presidents signature) will have on homeowners.

What will happen to those homeowner deductions that the industry has relied so heavily upon in past decades?   The new tax bill has sent real-estate organizations, such as the National Association of REALTORS, into a frenzy across the nation. So much so that they are calling legislators, lobbying congress and pushing a call to action for their REALTOR members to do the same.  All warning their members, clients and general public about the danger of the current tax bill.  It is also important to note that NAR (National Association of REALTORS) has the single largest PAC (Political Action Committee) in the country.

Similarly, their supporters and proponents are staging mass protests - in an all out effort to keep homeowners as a favored class in the tax codes. According to Linda Jay, Chief Executive at Bakersfield Association of Realtors in California:

"We are the Realtor Party - not Republicans or Democrats."

Ms. Jay - and several within the real-estate realm - have been at the forefront of this new legislation. In fact, she and other agents gathered in front of the local office of Rep. Keven McCarthy with signs and chants of "save homeownership".  Many believe this will be a long-fought battle to restore true value to all new and existing homeowners across America. While the protestors understand the pressure McCarthy is under, they too have an agenda that must be met to protect each and every homeowner across the land.

What Are the Economists are saying?

Many economists believe the new tax bill is sending fear into the hearts of homeowners and agents alike. In fact, the Senate version of the bill eliminates homeowner deductions for local property taxes. While the House bill caps this at $10,000 - both the Senate and House bills will effectively make mortgage-interest deductions less valuable to homeowners.

Similarly, these provisions could even raise the costs of owning a home - making ownership less attractive for people looking to buy a home in Quincy MA and other cities across America.  Homeowners and investors alike are worried of the potential to depress property values and seriously affect the real-estate industry at large.

Effects to Selling Your Home

The new tax bill also increases the time it takes for homeowners to qualify for exclusions from capital gains taxes that are owed. This, of course, pertains to when they sold - or will sell - their homes. This will reduce transaction volumes, which are the basis of agent commissions. With more people being encouraged to wait longer to sell, agents may see a dramatic decrease in both property listings for sale and purchase across the industry.

Every aspect of this new tax plan will hit the people in high-cost, high-tax areas hardest. In fact, Moody's Analytics recently conducted an intricate analysis and assessment of the new tax bill. They found that the country's most expensive real-estate markets, such as the Boston real estate market, may see significant declines in overall home values. This, of course, relates to both versions of the tax plan in Congress.

Home Sales Affect The Economy In Many Ways

It's important to remember that home sales affect the US economy in many ways as seen with the Great Recession of the late 2000s.  When a home is purchased, quite a bit of money changes hands and flows through the economy.  The effects of a single home sale effects much more than the real estate agent's pocket books.  The ripples from a real estate transaction even effect much more than even the people involved directly in the real estate transaction such as mortgage brokers, appraisers and insurance agents.

It is very common that when a family purchase a new home, they generally go on a spending spree which further stimulates the economy.

Here are a few examples of items commonly purchased when someone becomes a new homeowner:

The above list only scratches the surface of purchases spurred on by buying a new home.

According to Mark Zandi, Chief Economist at Moody's Analytics, the new, proposed tax plan will have big winners and losers. In fact, those that reside in New York, Massachusetts or New Jersey will see the biggest loss, however, those in West Texas and Nebraska will be okay - and could even see a few benefits.  It is very possible to see more people move from larger cites, such as Boston to suburban areas with more affordable homes for sale such as Quincy.

New York and New Jersey are blanketed by expensive homes with some of the highest property taxes in the nation. The new tax bill could cause some home values to fall as much as 14 percent by 2019. This is under the Senate plan, and based on careful calculations and assessments by Moody's Analytics. In addition, the neighborhoods of Boston, Chicago, Philadelphia, and Cleveland also top the list of areas that will surely be affected.  They believe that because of the new tax situation, we will see a decrease in higher-end real estate such as Back Bay Brownstones homes for sale with a shift to more affordable housing.

While these figures are still estimates, they can be viewed with some degree of skepticism. However, they do reflect the fundamental truth about tax codes. That, of course, is that tax codes subsidize homeownership - thus raising the value of homes. With all else being equal, removing these tax deductions and breaks reduces home prices and overall value.

Different Views on the Effects of the Tax BilL

Some economists believe the tax bill will not have a major impact on the real-estate industry. In fact, many believe that the bills could help families downsize or purchase smaller homes. This would help them save time and money, while not having to worry about major tax hikes because of the regions they live in.

Many economists also feel that most households have already chosen not to itemize their deductions, meaning they will not benefit from housing-orientated tax breaks that these bills would eliminate.   With homebuyers downsizing or moving into smaller properties, the real-estate industry can and will still forge ahead with new listings, sales and investments.

Similarly, home-buyers will have more money to spend - and the real estate market will be stimulated or at least remain steady and current.   Vishwanath Tirupattur, US housing strategist for Morgan Smiley, believes the bills will definitely have a modestly negative impact on the housing market. This includes overall home prices and sales activity, which can be counterbalanced by millennials seeking single-family homes. He believes the rising demand for housing will always be there - no matter what the new tax bill presents or the predominant nature of the market which is turbulent at best.

Despite the political upheaval that has blanketed Washington, the Senate and House are moving ahead with their versions of the new tax bill. However, the bill will not repeal the tax code's biggest present to homeowners - the deductibility of interest for most mortgages. It would only make those deductions less valuable across the board.

Both bills will also double the standard deduction, which would result in fewer household itemizing their deductions. Households that take standard deductions - will not directly benefit from the mortgage-interest deduction. This, of course, reduces the value of owning a home.

The House version of the bill also caps the amount of mortgage debt eligible for the deduction at $500,000. The Senate version would leave the cap at the current level of $1 million.

Whatever measures the final bill finally holds for homeowners and homebuyers remains to be seen and they along with Real Estate professionals are watching and waiting to see what their future holds.

Below we outline what provisions of the bill affect current and prospective homeowners.

Do You Have a Comment on the Current Tax Bill and Real Estate?

Pardon me if my hearts not breaking for homeowners who may lose some tax benefits in the new tax bill. I am a Realtor and I believe that for too long homeowners have benefited from tax breaks while renters got zippo. The rich (those who could afford homes) got richer, while the poor (who could not), got poorer. I support the tax bill that will end some tax benefits for homeowners, and I doubt it will put a downward spiral on home sales.

good article. I agree that the tax bill is more about the economy, and the effects to the economy, than any one group getting a "tax break". I like the part showing the ripple affects of a home purchase -- and how much money gets spent when a home gets purchased.